The original chargepipes on the S55 engine are made from hardened plastic which over time can crack, especially when used on a tuned engine running additional boost. Our chargepipes replace all of the plastic with black powdercoated aluminium pipes, which come complete with all hoses, fasteners and seals needed. CNC-machined flanges ensure a perfect, OE-style fitment. Each chargepipe has a 1/8NPT water/methanol injection bung, allowing either a two-port, pre-chargecooler injection system or a single port pre-throttle body system. The additional diameter of the chargepipes also allows for less restrictions, allowing more power and increased response.

Minor trimming to the engine cover may be needed to allow fitment as these pipes are a larger diameter than the originals. 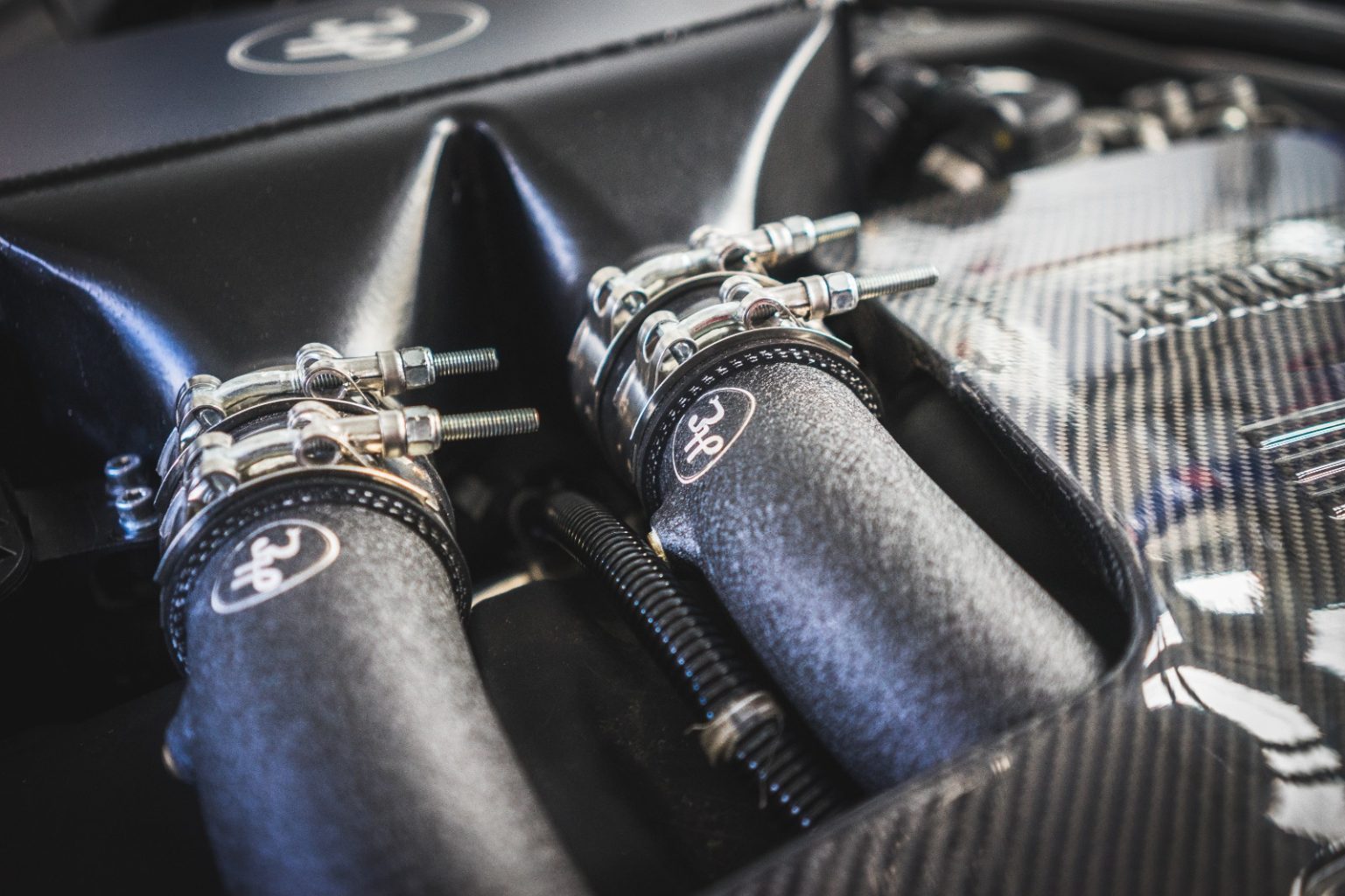 3 in stock (can be backordered)

Hack Engineering Ltd
5.0
Based on 18 reviews

Lloyd Spencer
08:35 23 Jan 21
Excellent service with expert knowledge about my cylinder head and engine block. With a great machineshop to complete... all work on site.read more

A K
01:04 22 Jan 21
Great service, friendly and very helpful. Ben is very knowledgable when it comes to the S54 engine. Highly recommended

kamran bashir
16:31 21 Sep 20
Got a vanos disc machined from them but the one thing I have to stress is how helpful ben and Alex are I would have... full confidence going to this place for more parts or even work. I left some parts there and Alex made sure they were left for me to collect most people wouldn't care but I feel they are genuinely good guy and a great company with staff like that they are amazing like gold you don't find people like them in the automotive industry I would recommend this company to everyone they will look after youread more

Peter Isaacson
08:10 27 Aug 20
I have replaced the SMG motor onmy E46 M3. I did this purely for preventative reasons. I am astounded by the difference... this has made; The car primes almost instantly without waiting. The pump is quieter, smoother and gear changes are quicker. Without a doubt this has transformed the driving experience. Well worth the investment. I also have to say that Ben was extremely helpful and supportive throughout the process. Thanks Ben, appreciate your help..read more

Andrew Tate
14:28 04 Aug 20
Great company when it comes to all things BMW (or if your upgrading certain parts to your BMW). Purchased a few Vanos... upgrade parts for my M3 from Hack Engineering and the quality and build to their parts is second to none. They kept in contact with me when I sent parts off for them to be refurbed/upgraded and even when sending the parts back, again, kept me up to date with how things were going and when I'd expect delivery. Customer service line very helpful and friendly. Faultless service. Also, my M3 is running much better now! Thanks HackEngineering!read more

James Dartnell (Jaddie)
05:33 31 Jul 20
An excellent company to go to for anything BMW related, really helpful and know exactly what they are talking about.... Ben is very friendly and is always willing to make time for you and never makes you feel unwelcome. I true testament to the industry, also even for being a specialist don't be put off as the pricing is very competitive as well.read more

Kamal Assi
07:28 04 Mar 20
Fantastic service from Ben. He isn’t just selling a product he knows nothing about, knows his stuff and is happy to... advise accordingly. I had a bizarre situation and fully expected to get nothing or have an uphill battle. But to my delight Ben helped with no quibbles. I’m not interested in even looking if I can get anything elsewhere cheaper. As they won’t be able to compete on value. Thanks once again and I’m sure I’ll be back for more stuff ??read more
Next Reviews

JANUARY SALE now on! Hundreds of discounts across the store. No discount codes, no minimum spends. Shop now Dismiss