You are here: Home › Wavetrac Explained 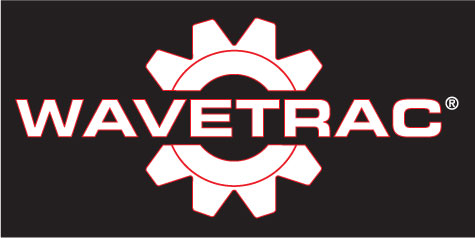 Why is the Wavetrac better than all other Automatic Torque Biasing Limited Slip Differentials, or ATB LSDs?

The problem: Loss of drive during zero or near-zero axle-load conditions.

Zero axle-load is a condition that occurs during normal driving, but creates the most noticeable problems when driving in extreme conditions. Zero or near-zero axle-load is the condition that exists when there is ‘no-load’ applied through the drivetrain, when one drive wheel is nearly or completely lifted (often in aggressive cornering). It also occurs during the transition from engine driving a vehicle to engine braking and back, even with both drive wheels firmly on the ground.

Here’s how that loss of drive hurts you:

1) If you lift a wheel, all gear diffs except Wavetrac, will NOT power the other wheel.

2) During the transition from accel to decel, all gear diffs except Wavetrac, do nothing.

Why does this happen?

All gear LSDs (including Torsen, Truetrac, Quaife, Peloquin, OBX, MFactory etc.) work in basically the same manner: they divide the drive torque between the two axles, applying drive to each side, up to the available grip of each tire. The amount of drive torque one wheel can get over the other is described as the bias ratio, a measure of the torque split across the axle.

Standard, open differentials have a bias ratio of 1:1. They can only apply as much drive torque as there is available traction at one wheel. When one wheel loses grip, the total available drive is lost as well (at a 1:1 ratio). All your power goes out the slipping wheel – along the path of least resistance.

The problem is that when one tire has little to no grip (wheel spinning, suspension unloading under corner, bumpy roads), the other wheel gets ZERO DRIVE, because (basic math here): 2.5 x 0 = 0.

Lift a wheel (or substantially unload a wheel) and you get zero axle-load on that side – that means that during the time the wheel is unloaded, the typical diff will NOT power the wheel that’s still on the ground. No matter how high the bias ratio, you get no power to the ground.

The Wavetrac, however, is different:

The innovative, patented, Wavetrac device in the center of the diff responds during these exact conditions when zero or near-zero axle-load occurs. At or near zero axle-load, the axles (and therefore each side gear in the diff) start to turn at different speeds.
This speed differential causes the Wavetrac device to step into action:

Precisely engineered wave profiles are placed on one side gear and its mating preload hub. As the two side gears rotate relative to each other, each wave surface climbs the other, causing them to move apart.
Very quickly, this creates enough internal load within the Wavetrac to STOP the zero axle-load condition.

The zero axle-load condition is halted, and the drive torque is applied to the wheel on the ground (the gripping wheel), keeping the power down.

Some gear differentials rely solely on preload springs to combat loss of drive. The drawback is that you can’t add enough preload to prevent loss of drive without creating tremendous handling and wear problems at the same time. So, to avoid these problems, the preload from ordinary spring packs must be reduced to a level that renders them ineffective at preventing loss of drive. The Wavetrac is the only differential that can automatically add more load internally when it’s required.

In the case where both wheels are on the ground during zero axle load, such as during a transition to deceleration, the Wavetrac device is able to prepare the drivetrain for when the zero torque condition stops, eliminating the delay seen with ordinary gear diffs.

What this means for you as a driver is that power is delivered to the gripping wheels for more time and in a more constant manner, making you faster and improving stability.

The Wavetrac truly is different – and its innovative features can make a real difference in your car’s performance.

Here’s something else you won’t find in any other design:

The Wavetrac diff’s behavior can be altered in the field to suit your needs. It comes standard with carbon-fibre bias plates for the best all around performance and lifetime durability. All other ATB LSDs like the Quaife run the helical gears on the diff casing, meaning the gears/housings can polish theirselves or transfer material, making for inconsistent performance. Changeable plates using materials with different friction coefficients to fine-tune the bias ratio are sold separately. 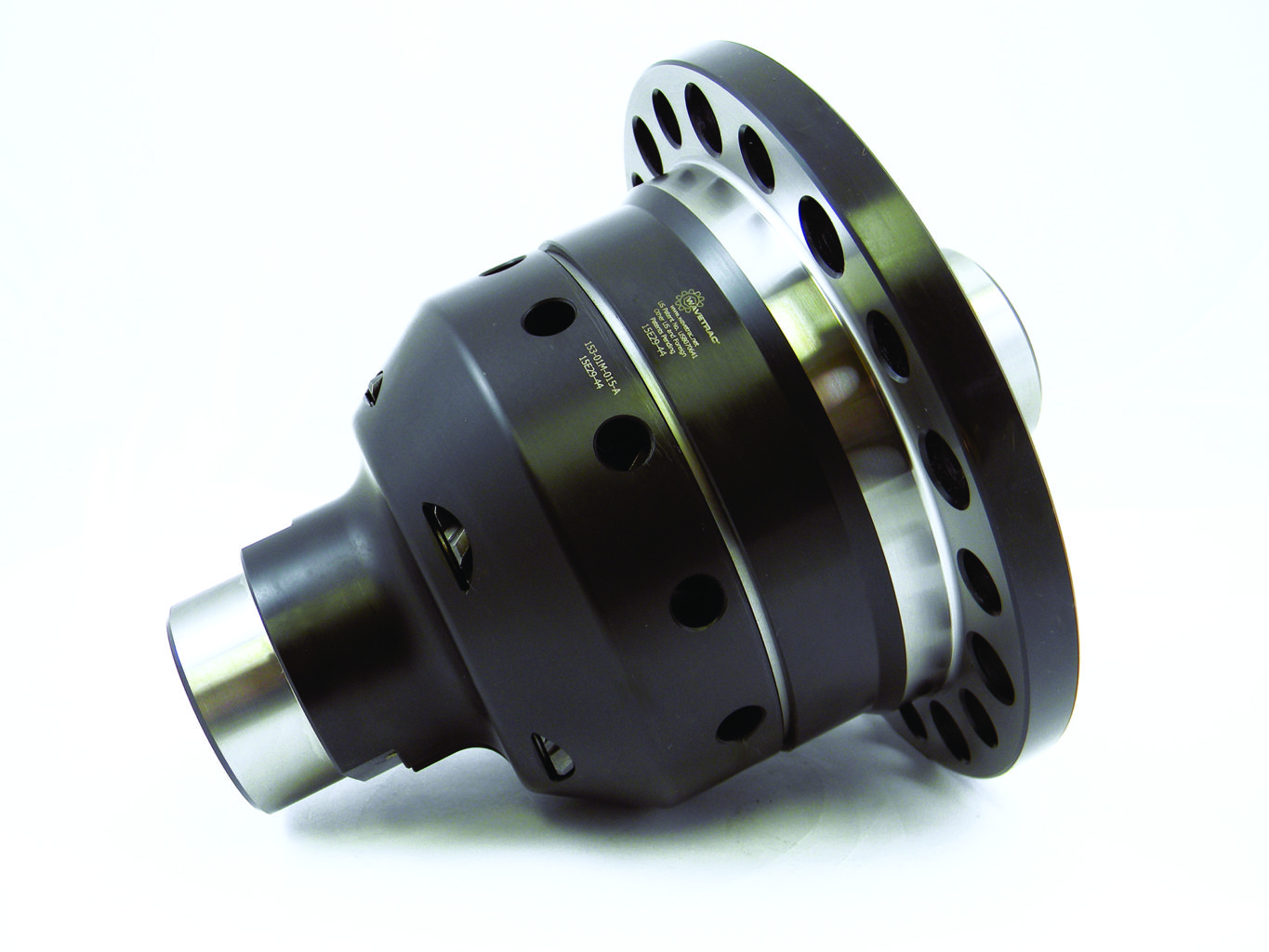 Here are more features that make Wavetrac even better:

Each Wavetrac Differential is crafted from the highest quality materials available.

Wavetrac differentials cover many BMW applications, and more. Check here for listings, or alternatively contact us.

Hack Engineering Ltd
5.0
Based on 18 reviews

Lloyd Spencer
08:35 23 Jan 21
Excellent service with expert knowledge about my cylinder head and engine block. With a great machineshop to complete... all work on site.read more

A K
01:04 22 Jan 21
Great service, friendly and very helpful. Ben is very knowledgable when it comes to the S54 engine. Highly recommended

kamran bashir
16:31 21 Sep 20
Got a vanos disc machined from them but the one thing I have to stress is how helpful ben and Alex are I would have... full confidence going to this place for more parts or even work. I left some parts there and Alex made sure they were left for me to collect most people wouldn't care but I feel they are genuinely good guy and a great company with staff like that they are amazing like gold you don't find people like them in the automotive industry I would recommend this company to everyone they will look after youread more

Peter Isaacson
08:10 27 Aug 20
I have replaced the SMG motor onmy E46 M3. I did this purely for preventative reasons. I am astounded by the difference... this has made; The car primes almost instantly without waiting. The pump is quieter, smoother and gear changes are quicker. Without a doubt this has transformed the driving experience. Well worth the investment. I also have to say that Ben was extremely helpful and supportive throughout the process. Thanks Ben, appreciate your help..read more

Andrew Tate
14:28 04 Aug 20
Great company when it comes to all things BMW (or if your upgrading certain parts to your BMW). Purchased a few Vanos... upgrade parts for my M3 from Hack Engineering and the quality and build to their parts is second to none. They kept in contact with me when I sent parts off for them to be refurbed/upgraded and even when sending the parts back, again, kept me up to date with how things were going and when I'd expect delivery. Customer service line very helpful and friendly. Faultless service. Also, my M3 is running much better now! Thanks HackEngineering!read more

James Dartnell (Jaddie)
05:33 31 Jul 20
An excellent company to go to for anything BMW related, really helpful and know exactly what they are talking about.... Ben is very friendly and is always willing to make time for you and never makes you feel unwelcome. I true testament to the industry, also even for being a specialist don't be put off as the pricing is very competitive as well.read more

Kamal Assi
07:28 04 Mar 20
Fantastic service from Ben. He isn’t just selling a product he knows nothing about, knows his stuff and is happy to... advise accordingly. I had a bizarre situation and fully expected to get nothing or have an uphill battle. But to my delight Ben helped with no quibbles. I’m not interested in even looking if I can get anything elsewhere cheaper. As they won’t be able to compete on value. Thanks once again and I’m sure I’ll be back for more stuff 👍🏽read more
Next Reviews

JANUARY SALE now on! Hundreds of discounts across the store. No discount codes, no minimum spends. Shop now Dismiss