Though considered perhaps BMW’s finest straight-six engine, the S54 does have its flaws – the big end (or rod) bearings, head gasket and VANOS to name the big three. When being used on track, the strain on these components is increased and so overhauling and upgrading them is the best way to go. This is where we often step in – that said, PSDesigns were wanting to go above and beyond on their E46 M3 track car build.

The plans for it include supercharging, and not just your usual kits either. A specially formulated ESS kit will push power levels on this engine far beyond the normal, and this required an engine to suit. The engine was stripped from the M3 and sent to us for disassembly and rebuild, with a few tricks along the way.

Once with us, it was immediately clear that this engine had some questionable and unfortunate history. It was well and truly bodged – to the point where the CPV had been smeared over with body filler to try and stop an oil leak! Excessive corrosion had taken hold on the block and various smaller components too, with even the aluminium starting to fall seriously fowl over time. Once stripped it was also clear that we were not the first ones to have the engine apart, with various timing marks and incorrectly fitted components being signs of a very amateur effort.

Thankfully, nothing was beyond saving. The crankshaft had some scoring on it and was both reground and dynamically balanced with the entire rotating assembly. The cylinder head had damage from serious pinking (likely due to being driven on a blown head gasket in the past) while other components simply needed some minor refurbishment.

Hack Engineering Machine Shop took the block, chemically dipped it for 48 hours tor remove all traces or rust and paint (as well as body filler) before increasing the bore size to 87.5mm, honing it and decking it for a flat and fresh surface for the head to mate to. The cylinder head was stripped, received specialist welding to repair the pinking damage, and was then machined flat once again. It was also pressure tested, and the valves were tested for a perfect seal against the valve seats – this was well below par, and so the valves were ‘lapped-in’ and retested. The head casting itself was pressure tested to check for cracks and ultrasonically cleaned, making a fresh base for build-up. The recipe for this was to keep the OE valves, but use Supertech uprated valve springs/retainers, and Supertech valve stem seals too. This will ensure that the engine is happy sitting at high revs for extended periods of time.

It was then time for the engine blueprinting and assembly to begin. The pistons we chose for the build are some of JE’s finest forged items, in a custom order of 10.5:1 compression ration and the aforementioned oversize bore (meaning a capacity of 3283cc). Connecting rods are SP Components forged items, while King Racing XP-Series main and big end bearings were used, all held together with ARP fasteners. For a full parts list, please scroll down.

The head was also bolted down with ARP studs, and we’ve used an Athena cut-ring head gasket to ensure that there are never issues with leakage due to high boost. The oil pump was also rebuilt using a VAC Motorsports oil pump upgrade kit, which safeguards against future issues. All chains and guides were replaced with Genuine BMW items, bar the upper tensioner guide for which we use a Beisan Systems solid nylon guide – a nifty upgrade over the failure-prone originals.

Finally, the Vanos was given a complete overhaul with uprated Beisan seals, rattle repair components, a re-machined oil pump disc, refurbished control unit and new bolts. Once timed up, the valve clearances were checked, and the S54 was good to go.

We’re looking forward to seeing what this engine can do and how the build commences with Pete and the guys at PSDesigns – there’s one thing for sure, and that’s that this S54 will be bulletproof for many miles to come.

Mitch Aynsley's 'internet famous' E46 M3 has been in with us before for cylinder head work, and came back recently for further work ahead of this year's season of attacking... read more 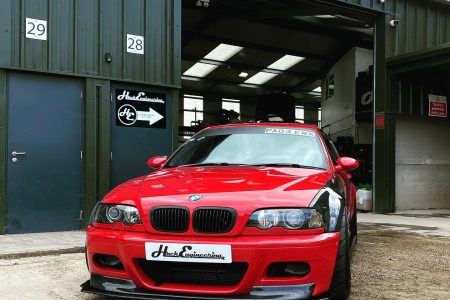 Jamie's E46 M3 is no stranger to our workshop, with the car having had a fully cylinder head and Vanos overhaul with us previously. However this time it was less... read more

Sam Ratcliffe is one of our oldest customers, having assisted a great deal with parts development and testing with his E46 M3 track car. However, that car was sold a... read more 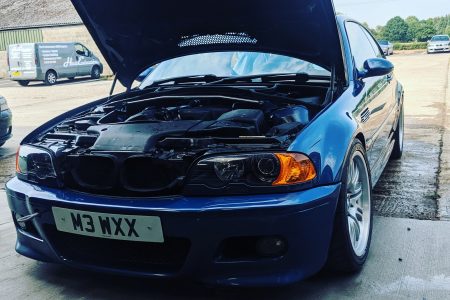 One of the best parts of the E46 M3 is its S54 engine. However, it has its shortfalls, and those shortfalls are exactly what we specialise in. One of them... read more 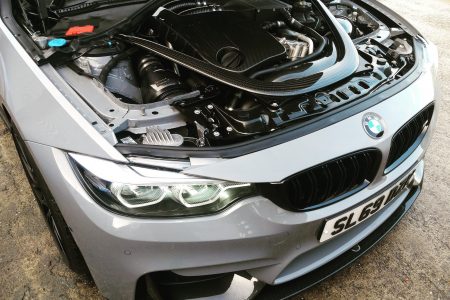 Paul came to us some time ago to discuss a significant power upgrade for his 2019 F82 M4. In its incredible Nardo Grey finish, it arrived with us already running... read more 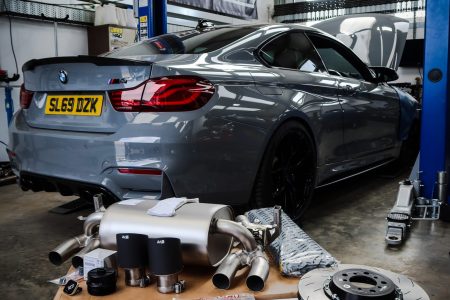 Paul's Nardo Grey M4 is no stranger to our workshops, having previously had a whole host of upgrades from Littco L640 turbos to cooling upgrades, exhaust upgrades, full crank hub... read more 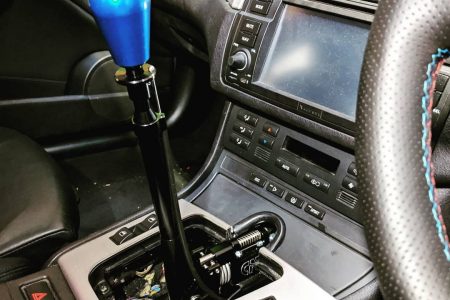 The Koflach Engine Developments E46 M3 is a development car for our sister company, with the main aim of being a mule for parts development. Having been built up from... read more 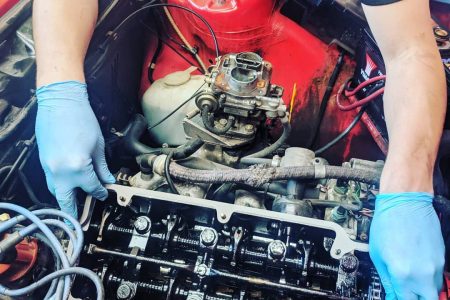 We get to enjoy a great mixture of interesting cars at Hack Engineering, but the past week we've been joined by something both older than our usual, and with a... read more

If there's one thing we love at Hack Engineering it's an M3 Touring. Halloween 2016 for us was a day spent with 'Danger Bryan''s E36 M3 Evo Touring, named Winston.... read more

Mark is no stranger to the drifting scene, with a couple of E36s that he uses - this is one of them. The E36 Touring never came with an M50,... read more